There were several interesting sound bites from Oprah’s interview with Grammy Award-winning singer Rihanna. When it aired Sunday on OWN, commentary flooded the information superhighway.

One sound bite in particular caught my interest. When asked what wisdom her grandmother imparted, Rihanna shared something I’ve heard from older women before:

“The one thing she wants me to do is marry someone who loves me more than I love them. Because a woman will always give, and they’ll always give more than they need to. We’re selfless beings. It’s maternal. Even with a husband, she said it’ll be that way with them as well. They’ll only meet you halfway if they love you a little more.”

Social media response to this quote was drawn along gender lines. Ladies applauded it as sound advice. Men found it at best questionable, and at worst hurtful.

What stood out to me most about this interview was that in one shot we heard Rihanna sharing her grandmother’s advice to find a man who loves her more, and then minutes later we heard Rihanna admitting that she still loves ex-boyfriend Chris Brown. Years ago he beat her so severely that her beautiful face was bruised and swollen. Yet she vulnerably admitted during this interview that she was more worried for him than for herself. She worried about him being happy and at peace – although I can’t recall hearing him express as much concern for her. Ironically, she was doing what her grandmother warned against: being that selfless being, giving the way women are prone to do.

From that vantage point, I’m tempted to agree with Rihanna’s grandmother and the many women who applaud the line of thinking that suggests a man should love a woman more. However, as I considered that advice and these circumstances, I realized that this recommendation (and her decision to repeat it in this interview) likely came from a woman in a position much like Rihanna is in now: one in which hurt and confusion meets a lingering love. So to prevent future heartbreak of this magnitude, she decides (and warns all women within earshot) to find a man who loves her more to lessen her chances of being in this devastating place ever again.

It is a sensible plan of self-preservation. However, I think there may be something fundamentally wrong with entering a union that is based on giving and partnership, with the scales tipped in your favor so that you stand to gain more and to hurt less. It’s like an emotional prenuptial agreement – a woman’s insurance that a man won’t take her heart to the cleaners.

I understand a woman’s belief that she must safeguard her heart. I have that same concern. However, I think there may be some problems with this theory of disparate love:

The advice demonstrates a need for control. Relationships require compromise on everything from where you will live to what toppings you will order on the pizza. Deciding that one person should love their partner more pits the man and woman against one another. It creates competition, each individual vying for the upper hand, each wanting the security that accompanies knowing the other person loves more and thus has more to lose. How can you act as partners and compromise on all the little and big issues of a marriage if the whopper of all transactions –love itself – is unequal?

Love should be qualitative rather than quantitative. How can you accurately measure the depth of someone’s love? Do you count the number of times ‘I love you’ is uttered? Do you keep track of how often the person lets you have your way? Do you catch them at their most vulnerable moment and determine whether their eyes look weaker than you’ve ever felt? Everyone expresses love differently, so can you ever be sure? And even if you just know as you sometimes do, dynamics shift throughout a relationship. In any given season of coupledom, the burden of “loving more” can move from one partner to the other because love is not stagnant.

All love – male and female – is created equal. We’ve all heard that women love harder than men. Therefore, suggesting that a woman start off with a man who loves her more seems like a handicap to level out the playing field, a way to bridge the natural gap. But are we positive there is a natural gap? Who decided a man’s love is inferior to a woman’s?

I don’t think that women love harder than men – but that society’s accepted gender roles make it more likely for women to demonstrate their love vulnerably. Men have been conditioned to mask emotions and sensitivity. And ironically, suggesting that a woman find a man who loves her more may actually further encourage men not to be vulnerable by perpetuating the fear that their love will not be returned.

How does love grow, how do you foster and nurture a relationship, in the constant state of uncertainty that results from wondering how much your partner loves you? I would argue that love doesn’t grow under such conditions. A lack of reciprocity breeds resentment. No one wants to be the madly-in-love guy running up behind a woman who thinks he’s‘cool,’ or the guy chasing pavements while practicing bad religion. No one wants to be that guy. And that may seem like an exaggeration, but a person’s pride will convince them that it is that bad. No one wants to put in more than they get out. Protecting your own heart should not blatantly leave someone else’s to fend for itself.

While I agree that Christ loves us more than we love Him, we should always be striving to match His love for us, always hoping to eventually show ourselves worthy. We should never become content in this lopsided relationship. That’s when you begin to take someone’s love for granted.

Also, it is necessary to take a closer look at the scripture being quoted so freely: Ephesians 5. It actually says to love one’s wife “as Christ loved the church and gave himself up for her to make her holy… husbands ought to love their wives as their own bodies.”

When you read that entire passage, you realize that by loving his wife as Christ loves the church, the husband loves the wife sacrificially. He is willing to give up himself to lead the wife closer to God and to make her holy. It doesn’t say that he loves her more, but that he loves her as he loves himself.

Finally, when God created Eve in Genesis 2, he did so to make a “helper” for Adam. Can you help someone if you’re taking more than you give – always? Can you complement them if you’ve saddled them with the burden of knowing their love for you will never be matched?

Love requires sacrifice. It is about putting the other person’s needs first. It involves compromise. It is about being vulnerable enough to completely trust another human being with your heart. Something tells me you’re not doing it right if you strategically choose a person who will be more attached than you.

Ladies, maybe we don’t need someone to love us more. Maybe what we need is someone to love us equally yet without reservation, ignoring societal gender guidelines in order to speak to us in our preferred love languages… so we know it’s real.

The Art of Apologizing: Too Little vs. Too Much 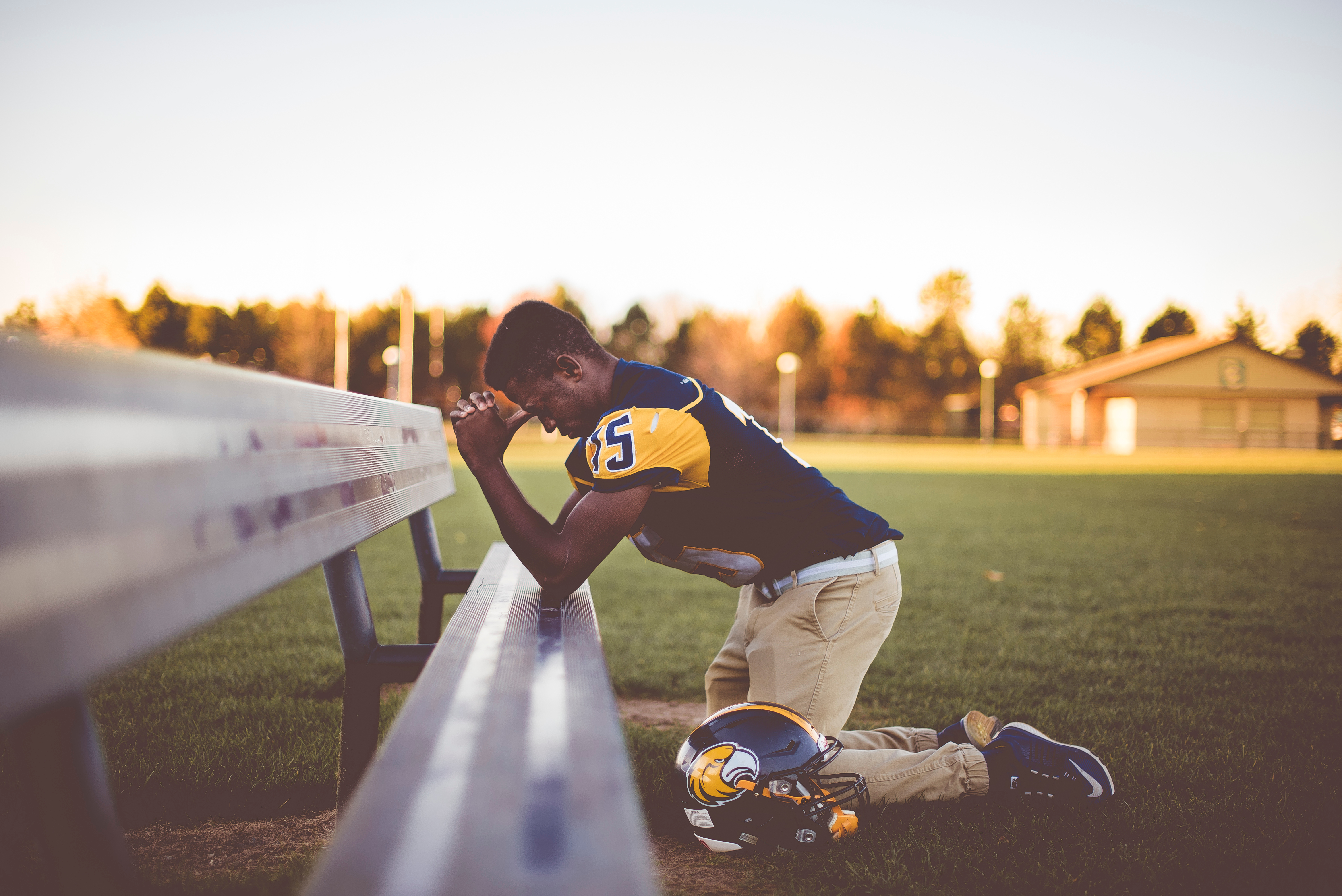 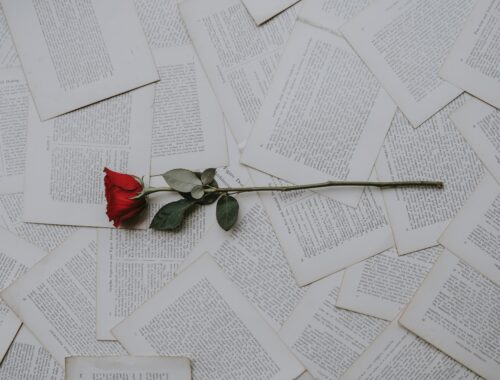 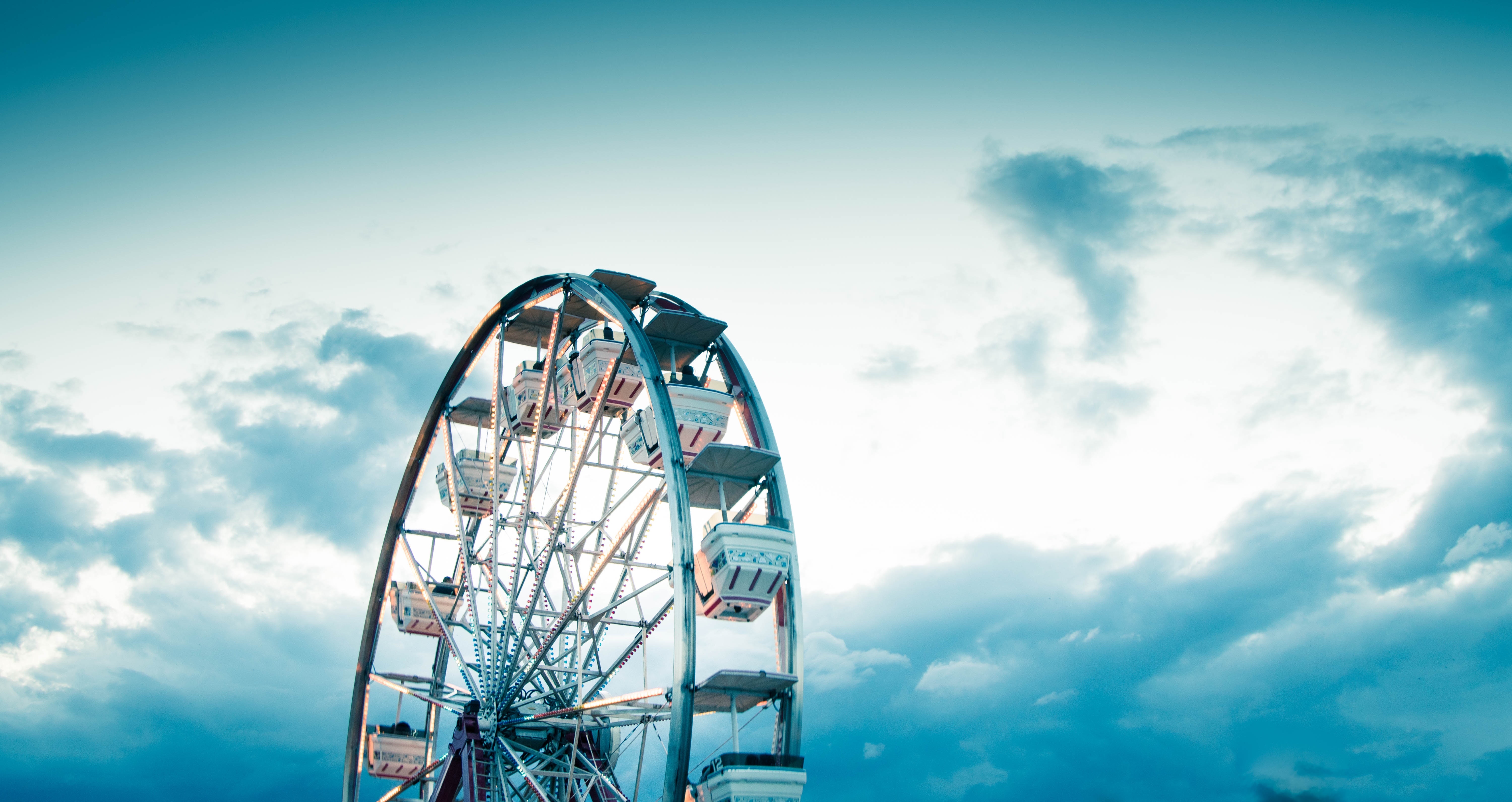